This review by Emily Holyoake was originally published by Exeunt Magazine on 7 March 2020.

what do kites symbolise? 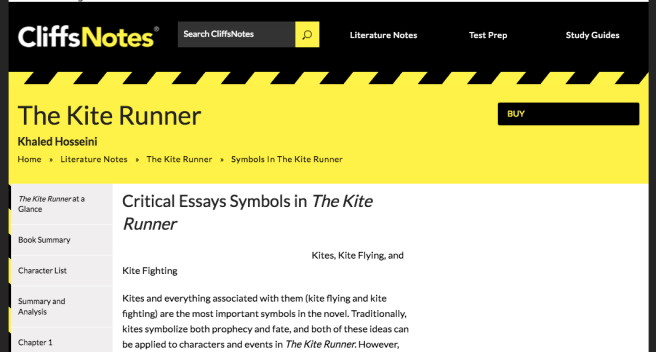 ‘Traditionally, kites symbolize both prophecy and fate’ – okay yeah, that’s probably it. Huh. I didn’t know that about kites.

There’s a meat hook in this version of Macbeth.

There are also some of those translucent plastic curtains that hang down in strips, like you get in a butcher’s shop.

(“Like you get in Co-op,” says my partner, a former Co-op employee.)

The plastic curtains aren’t there all the time – sometimes a big rusty metal screen with a tiny door and tiny windows comes down in front of them. I don’t know what slaughterhouses look like. Maybe they have metal walls and tiny doors and tiny windows.

When Lady Macduff and her child get killed, they get taken behind the Co-op curtains and someone squeezes a bottle of fake blood at the plastic. It comes out in a thin, paint-y, ketchup-y squirt.

This review by Emily Holyoake was originally published by Exeunt Magazine on 20 September 2019.

In Nottingham Playhouse’s An Enemy of the People, Dr Stockmann asserts that she has truth on her side. I think about that well-worn catchphrase of right-wing online commentators: facts don’t care about your feelings.

Of course, when the so-called sceptics of the internet say it, they’re claiming that the facts are objective, and the truth doesn’t change just because there’s something at stake for an individual or a community. But in Rebecca Lenkiewicz’s new version of Ibsen’s An Enemy of the People, the truth – that the water flowing through the baths of a spa town is poisoned – is secondary to how people feel about it.

Played by Alex Kingston, Dr Stockmann believes that her proven report about the baths will be welcomed, and that she will be praised for averting a catastrophe. But her brother, the mayor (Malcolm Sinclair), tells her instead that a complete overhaul of the water supply is impossible, that it will cripple the town’s economy, and that he believes it’s unnecessary anyway. When Stockmann stands by her report, the mayor paints her as a fantasist and a traitor, and turns the town against her.

It’s the start of a new school year, and a group of friends take the mick out of each other as they wait for their class to start. They’re also waiting on Fatima. They take bets on when she’ll finally arrive. We don’t see her when she does. We never see her, although we hear plenty about her – because when she comes back to school after the holidays, Fatima has decided, for the first time and without warning, to start wearing the hijab.

What Fatima Did… is the second show I’ve seen at Derby Theatre in the space of a few weeks which is rammed with teenagers and, putting aside the fact that it’s making me feel old, I just want to give some space here to celebrate the absolute bloody triumph of a team who seem to know who they want to get in the door and exactly how to do it. I’ve felt this at every in-house show at Derby Theatre since I moved back last February – whenever I settle into my seat and do a quick scan around, the auditorium always seems to be full of the people who will get the most out of that show, if you judge that by the audible, tangible, laughs-and-gasps engagement throughout the evening. Derby Theatre gets its audiences.

END_OF_DOCUMENT_TOKEN_TO_BE_REPLACED

This review by Emily Holyoake was originally published by Exeunt Magazine on 23 February 2019.

One of my first thoughts after coming out of Flight Paths is that it must’ve been a brilliant rehearsal process. A co-production between Extant and Yellow Earth (companies which centre the work of visually impaired and British East Asian artists, respectively), it’s a piece with a clear ethos of collaboration, showcasing aerial performance, spatialised tracking, music, projections, and integrated audio description. It also balances a lot of different narratives – the stories of the two onstage performers (Amelia Cavallo and Sarah Houbolt), audio testimony from two more (Takashi Kikuchi and Victoria Oruwari), a condensed history of the Goze (blind female storytellers and musicians who travelled medieval Japan), and all within the framework of the Japanese story of Hoichi. Layered doesn’t cover it.

This review by Emily Holyoake was originally published by Exeunt Magazine on 8 February 2019.

In Rosa, the episode Malorie Blackman wrote for last year’s series of Doctor Who, the TARDIS lands in 1950s Alabama at the height of racial segregation. Not long into the episode, one of the Doctor’s friends, Ryan, who is black, notices a white woman has dropped her glove, and tries to return it to her. The woman’s husband slaps him. 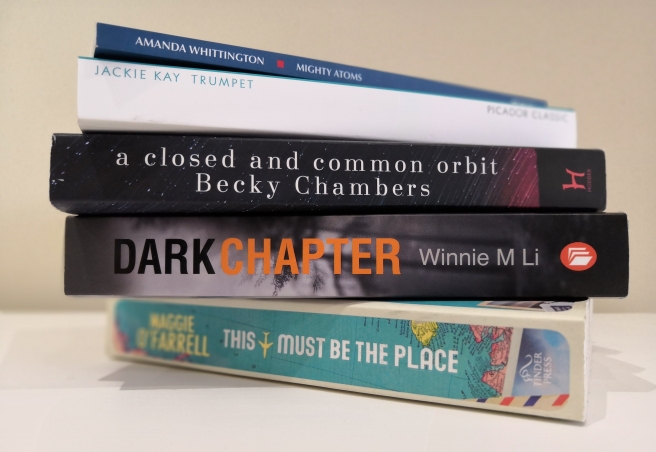 I make a resolution every New Year’s Eve to read more. This year I’ve had a vague ambition in my head to reach the (unlikely) total of 50 books. I’m on book number 26 and we’re definitely over halfway through the year (how did that even happen) so we’ll see how that goes.

Anyway, I bloody love a good book rec post so I thought I’d take a little look back on my faves so far BUT before I get into it, a few shout-outs to things that have helped me read more this year:

END_OF_DOCUMENT_TOKEN_TO_BE_REPLACED

This review by Emily Holyoake was originally published by Exeunt Magazine on 26 January 2018.

Along the cobbled alleyway, down the stone steps, to the cellar bar decorated with curios and mismatched furniture. Towards the circle of comfy chairs snuggled into the far corner, welcomed by dimmed lights and the bright smile of playwright Cally Hayes. A chunky set of headphones each, which glow electric blue when we’re on the right channel and clamp down firmly around our ears. A thumbs up from Hayes – and we’re away.

Documental Theatre’s Split Second is a fifteen-minute radio play about a couple in crisis. They didn’t plan for a pregnancy, and now there might be something wrong with the baby. Overwhelmed by how their lives will change, they struggle to find common ground, shutting each other out but fighting to stay together. As with all of Documental Theatre’s work, the script is based on testimony and real stories, gently and sensitively fictionalised.

This review by Emily Holyoake was originally published at Exeunt Magazine on 19 December 2017.

It’s a mark of how deeply ingrained the Muppets’ version is that if you mention A Christmas Carol to me, I’ll think about how Gonzo is here to tell the story (and Rizzo is here for the food). Wandering Tiger’s Humbug!, written and directed by Luke Jeffrey, is another in a long line of adaptations that takes creative license with the plot of Dickens’ ghost story. Most of the main beats are there, but adapted for a promenade production and for a cast of three, with Charlie Coldfield as Scrooge, and Richard Feltham and Benjamin Akira Tallamy as pretty much everyone else.

Coldfield is a grouchy yet earnest Scrooge, who sticks with the Michael Caine school of playing the straight man in an otherwise comic re-telling. But whilst Humbug! talks him up as the main concern of the plot, it often doesn’t feel like his story, and Coldfield isn’t given much space to really get going with the role. Instead, the show is absolutely stolen by Feltham and Tallamy and their charismatic, comic takes on the other characters. Tallamy in particular has a flair for improvisation and self-deprecating audience interaction, and his witty, idiosyncratic take on the Ghost of Christmas Present feels genuinely different from previous interpretations of the character. The show also gains much of its warmth from Tallamy’s original Christmas songs, which are a welcome departure from traditional Victorian dirges.

This review by Emily Holyoake was originally published at Exeunt Magazine on 16 December 2017.

JOURNEY TO THE IMPOSSIBLE by Little Soldier Productions, presented by The Bike Shed Theatre

If you’re tired of fairytales, fables, and Dickens adaptations, Little Soldier Productions’ Journey to the Impossible is a fun and unusual December alternative. It’s 1982, and three young friends looking for adventure find themselves transported to another dimension, to the strange and dangerous city of Vernopolis. They quickly find themselves separated and in trouble, and must fight to find their way home again.

Journey to the Impossible leans heavily on nostalgia to get the audience on side, and it’s chock-full of references to 80’s music, film, and trends – probably more than this 90’s child noticed if I’m honest about it. But what hits me as truly nostalgic about this show is how strongly it reminds me of those imaginary games you made up with your best friends on the playground, with the kind of storyline that’s impossible to explain to an outsider but that your friends just get implicitly. Those games where you’re a hero version of yourself, but sometimes you get to play the baddie too.

This review by Emily Holyoake was originally published at Exeunt Magazine on 9 December 2017.

But before that, the star of all my pantomime experiences was my grandad, Fred Comber, who wrote, directed, and played the baddie in every show, every year, in his small Devon village of Holcombe. These were the best pantomimes of my life and played a large part in making me believe theatre could be for everyone. And there’s something about Exeter Northcott Theatre’s Dick Whittington that brings that feeling back.